For trekkers attempting the Three Passes and Everest Base Camp trek, days 10-12 are among the most rewarding.

After a grueling climb and knee-busting descent over the Kongma La Pass. the only thought that would encourage trekkers to strap up their boots on a freezing Lobuche morning is finally reaching Everest Base Camp.

Three High Pass trekkers who are not interested in visiting Mount Everest Base Camp or the Kala Patthar summit should skip this Three Passes trek blog. Instead continue reading the Days 13-15 guide, which covers the Cho La Pass.

The map above will highlight the general route for the next part of the trek. Remember to disregard any Google time predictions, because they certainly aren’t accounting for altitude. Also, it’s crucial to have a physical Everest Three Passes Trek map when hiking in the Khumbu. This guide should not replace a proper map and should be a complement to individual research and preparation efforts.

At the moment, my guides are the only sources of free content available online for the Three Passes Trek. If you’re looking for more information, then you could also get a copy of the Lonely Planet: Trekking in the Nepal Himalaya Book which was very useful for me.

For most trekkers looking to tackle the Three Passes, travel insurance is high on their list of priorities.

I always purchase travel insurance from WorldNomads.com, since I believe that they are the best for adventure travelers. It includes cover for overseas medical, evacuation, baggage and a range of adventure sports and activities.

You can buy and claim online, even after you’ve left home. Travel insurance from WorldNomads.com is available to people from over 130 countries.

Day 10: Lobuche to Gorak Shep and Everest Base Camp

If you’re in peak Himalayan trekking season, then the trek from Lobuche to Gorak Shep will undoubtedly be a crowded one.

You will be sharing the trail with hordes of trekking pole-draggingEverest Base Camp trekkers and their porters as well as endless lines of yaks carrying EBC supplies. This part is particularly crowded as it is the only route to and from Everest Base Camp, meaning double the foot traffic.

Either way, wake up early if you’re keen on beating the crowds and take the trail at the northern end of the village. This segment follows the crackling Khumbu Glacier along a flat stretch of rocky ground and flowing creeks.

Along the way, you will have excellent views of Mt Pumori, towering immediately ahead. You can also get spectacular views of the Khumbu Glacier, which can move up to one meter per day!

Shortly after the flat section, you’ll be faced with two short ascents and then a rocky and windy climb over the Changri Shar Glacier. This last section of the Lobuche to Gorak Shep trek is fairly narrow, especially considering how much traffic moves along it. Remember to let yaks pass, and stand on the mountain-side, not the cliff-side!

After roughly two and a half hours of walking, you will have arrived at Gorak Shep. This small village rests in a flat basin beside Kala Patthar and the glacier. It’s also the highest altitude that you’ll be sleeping at during the entire Three Passes and Everest Base Camp Trek.

There are several lodges at Gorak Shep, most of them charging very steep prices for food and fixed community-style accommodation pricing, similarly to most of the other villages.

Depending on the time of year, many lodges could be booked out. It’s best to try to find a tea house immediately after arriving. Doing this will allow you to drop your heavy packs and depart straight for Everest Base Camp

The trail picks up at the opposite side of town that you came in from, leading in the same direction along the glacier. The path is rocky and constantly changing due to the movement of the glacier.

You’ll also need to allow extra time for ridiculously long trains of moving yaks and tough porters who work as the primary supply network of the Everest Base Camp.

Upon arriving approximately 2 and a half hours from Gorak Shep, you will have reached the Everest Base Camp. You’ll notice hopefull climbers resting in brightly colored expedition tents and rocks wrapped in Prayer Flags as far as the eyes can see.

What surprised me was that the base camp was built onto the actual glacier, just below the Khumbu Icefall at 5340M. You also cannot see Mount Everest from the base camp, due to other closer peaks blocking the view.

Take your time to enjoy the scenery, snap some photos beside the Everest Base Camp sign and admire the significance of the base camp for the world’s tallest mountain.

Remember to respect the privacy of the climbers who pay for the “priveledge” of sleeping at base camp in hopes of climbing Everest.

Once you’ve filled your camera’s memory card, make the return journey back to Gorak Shep, taking the same trail that you came in on.

By now, if you’re taking the Three Passes and Everest Base camp route, you will be well-acclimatized to that altitude at Gorak Shep. In saying that, sleeping above 5000M is still not a pleasurable experience.

Many trekkers including myself experience headaches, a bleeding nose, and a restless, cold night sleep.

Regardless, you’ll have a warm meal, hot tea and the relative comfort of a standing building, which is much more than the early explorers could say.

As easy as it is to complain, remember why you chose to depart on this journey, and think positively, for tomorrow you’ll be climbing Kala Patthar to get brilliant views of Everest and the Himalayan giants.

Weather can get hectic at Gorak Shep. For the best chances of a clear view of Everest, remember to depart early. I’d recommend leaving just before sunrise to catch the sun rising over the mountains.

The Kala Patthar trail begins on the other side of the sand bowl at Gorak Shep. You’ll notice a sign pointing up the hill towards a rocky outcrop wrapped in Prayer Flags at the top. It’s difficult to miss the trail, since you’ll no doubt already have spotted trekkers walking up and down as you entered Gorak Shep.

The trek up is fairly steep, reaching an altitude of 5545M, however since trekkers will begin at an altitude already well above 5000M, it’s a much easier climb than other Three Passes and Everest Base Camp side-trips such as Chukhung Ri.

Once you reach the top, you’ll enjoy arguably one of the best mountain views on earth. Take the time to watch the rising sun light up the peaks of Pumori, Lobuche, Nuptse, Lhotse and of course, Mount Everest.

From here, you’ll have the privilege of seeing first-hand the entire south face, which Sir Edmond Hillary and Tenzig Norgay famously summited on May 29th 1953.

Return to Sleep at Lobuche

After etching the view into your mind, make the descent to Gorak Shep, grab your bags, and enjoy the gentle descent back to Lobuche, where you can rest after a huge few days of trekking.

If you climbed Kala Patthar for sunrise, then even a slow trek down will see hikers reach Lobuche before 12 PM, allowing for a good afternoon of sipping tea and recovering.

Fit trekkers who are keen to keep clocking the steps can continue onward on the Three Passes and Everest Base Camp trek towards Dzonghla. It’s entirely possible to combine both of these segments into one big day of trekking, however, it’ll be a long, grueling day.

For the purpose of the guide, simply read on to the next section.

The trek from Lobuche to Dzonghla begins by heading back down for a short stint along a short stretch of the EBC trail that you would have missed by going over the Kongma La.

After a short stretch, you will branch right away from the EBC trail and cross a frozen river. Just ahead you might see expedition tents for climbers attempting the Lobuche summit, depending on the time of the year.

You will then climb a small hillside and continue along the edge of a steep cliff that wraps around for incredible views of Taboche peak.

Dzonghla is an incredible village resting between the giants. It will be a refreshing change from the hustle of the Everest Base Camp trail. It was one of my personal favorites, as the sun seems to linger a little longer into the afternoon. The village is also protected from strong wind gusts due to being located in a low bowl and being surrounded by large peaks.

Prepare for the Cho La Pass

No doubt by now you’ll be a little nervous for the next pass. While it can be more slippery than the other passes, Cho La is no more physically demanding than the Kongma La.

In saying that, after a huge few days, a rest would be well earned. If you have the time, or if the weather isn’t on your side for the pass, then Dzonghla is a great place to have a rest day before continuing forward on the Three Passes and Everest Base Camp trek.

Hi, I'm Olly. I strive to capture images that tell a story and captivate those with a connection to travel and adventure. Some of my favorite adventures include fighting Muay Thai in Thailand, solo-cycling New Zealand and trekking in the Himalayas. 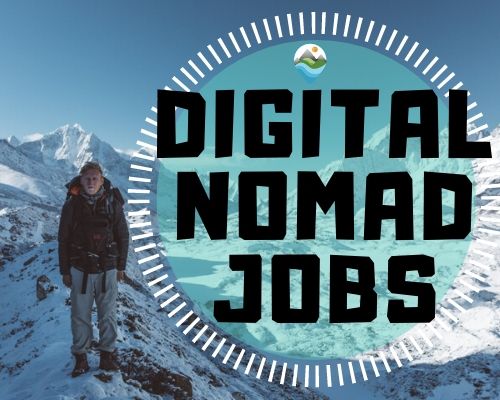 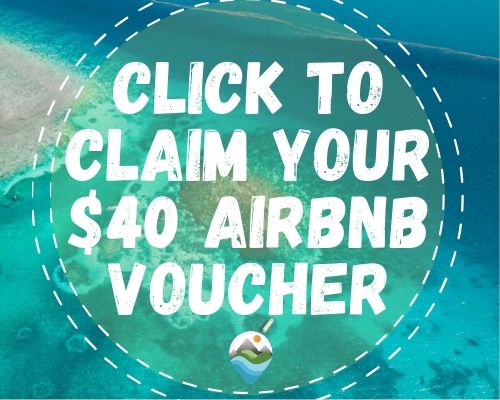 This website, like all other websites, uses cookies to improve your experience. We'll assume you're ok with this, but you can opt-out if you wish. ACCEPT READ MORE